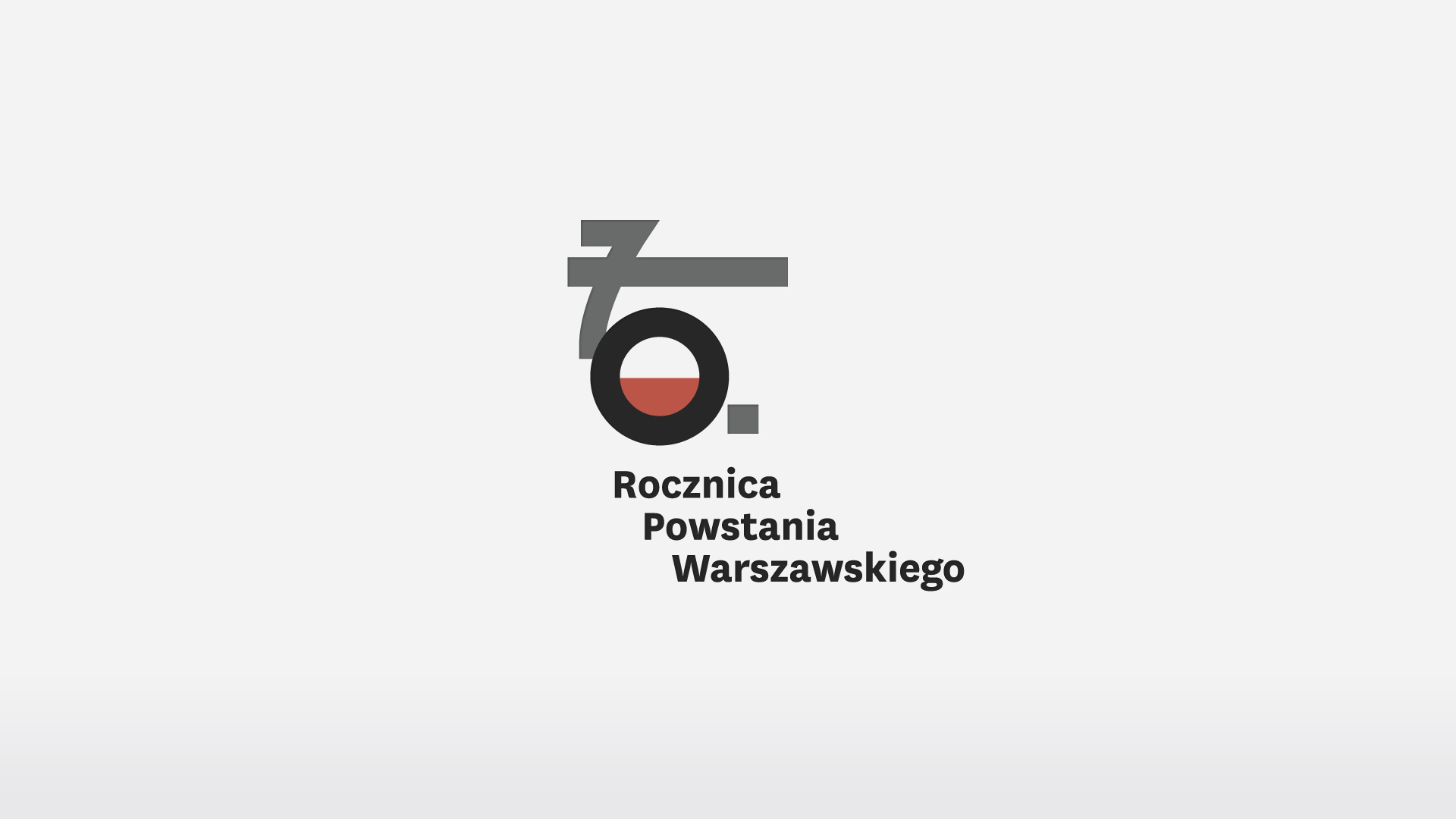 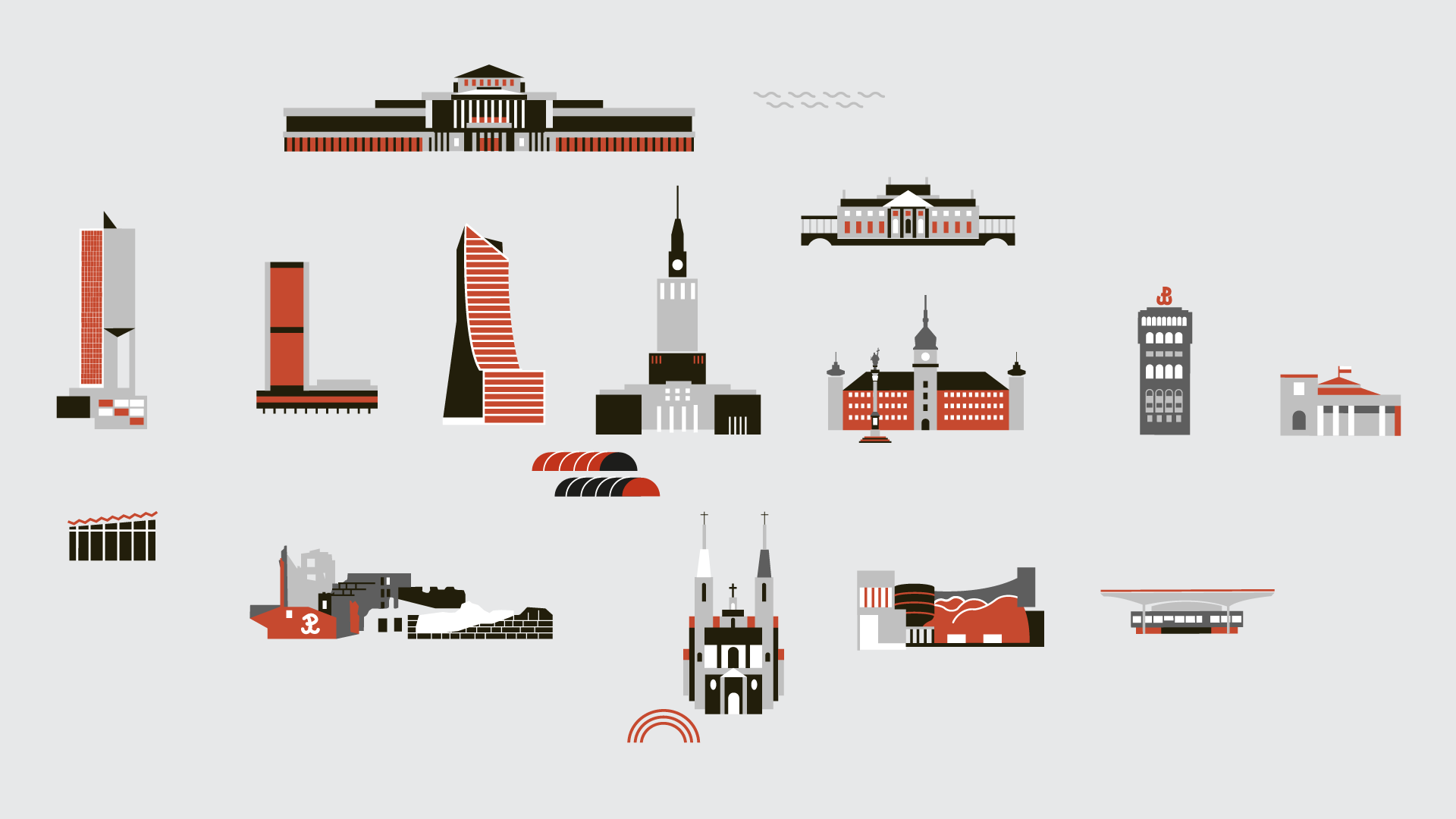 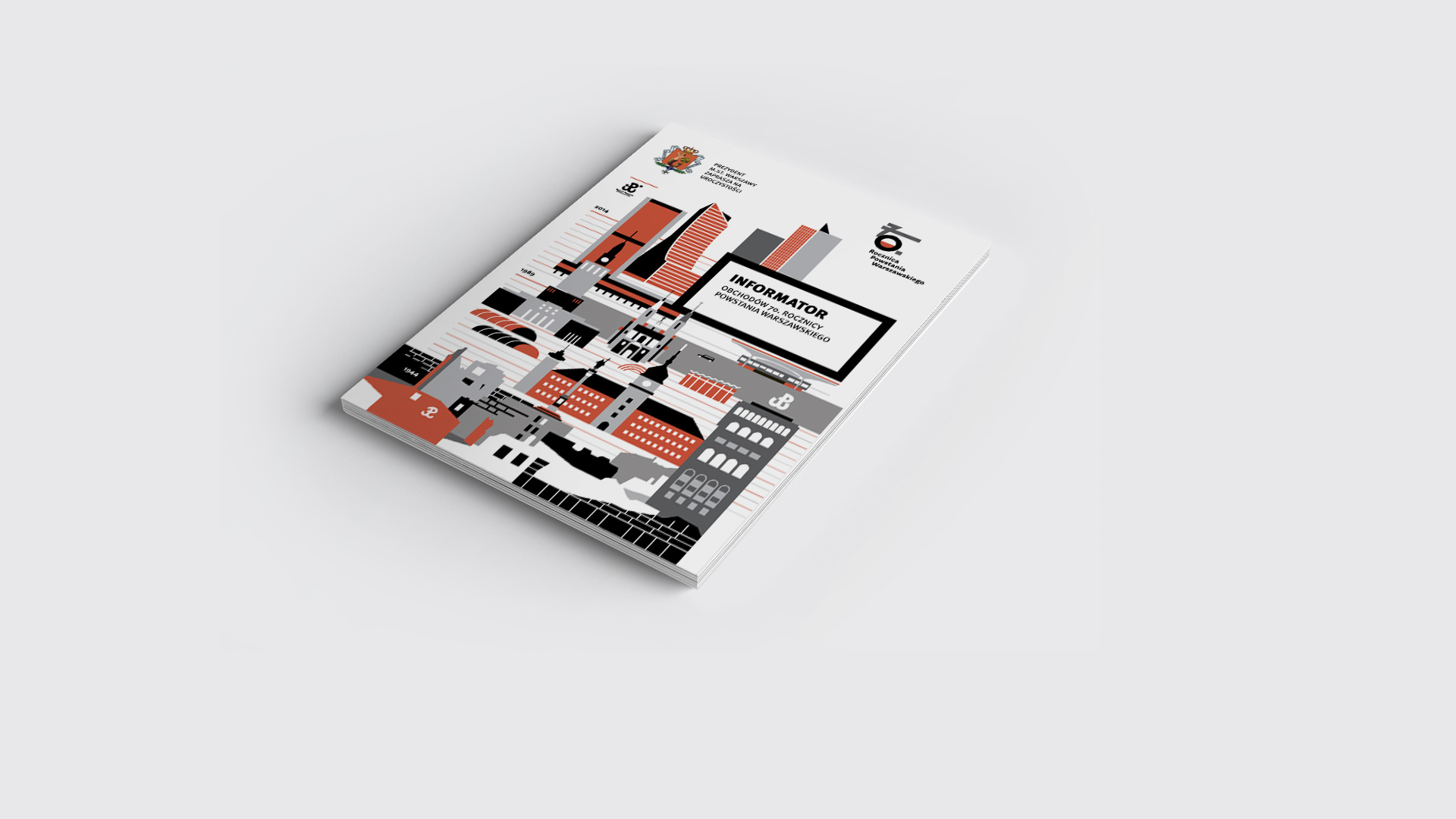 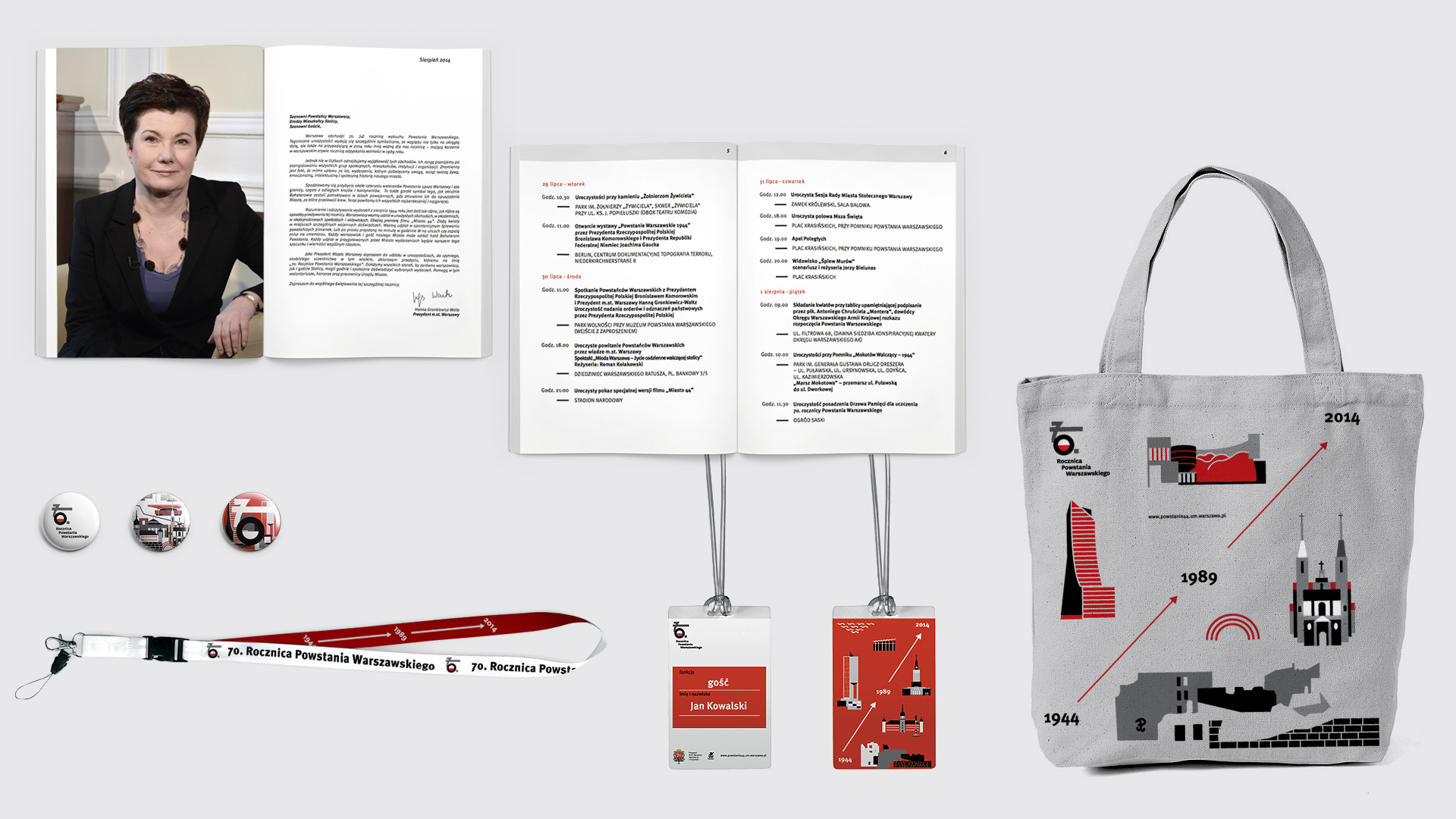 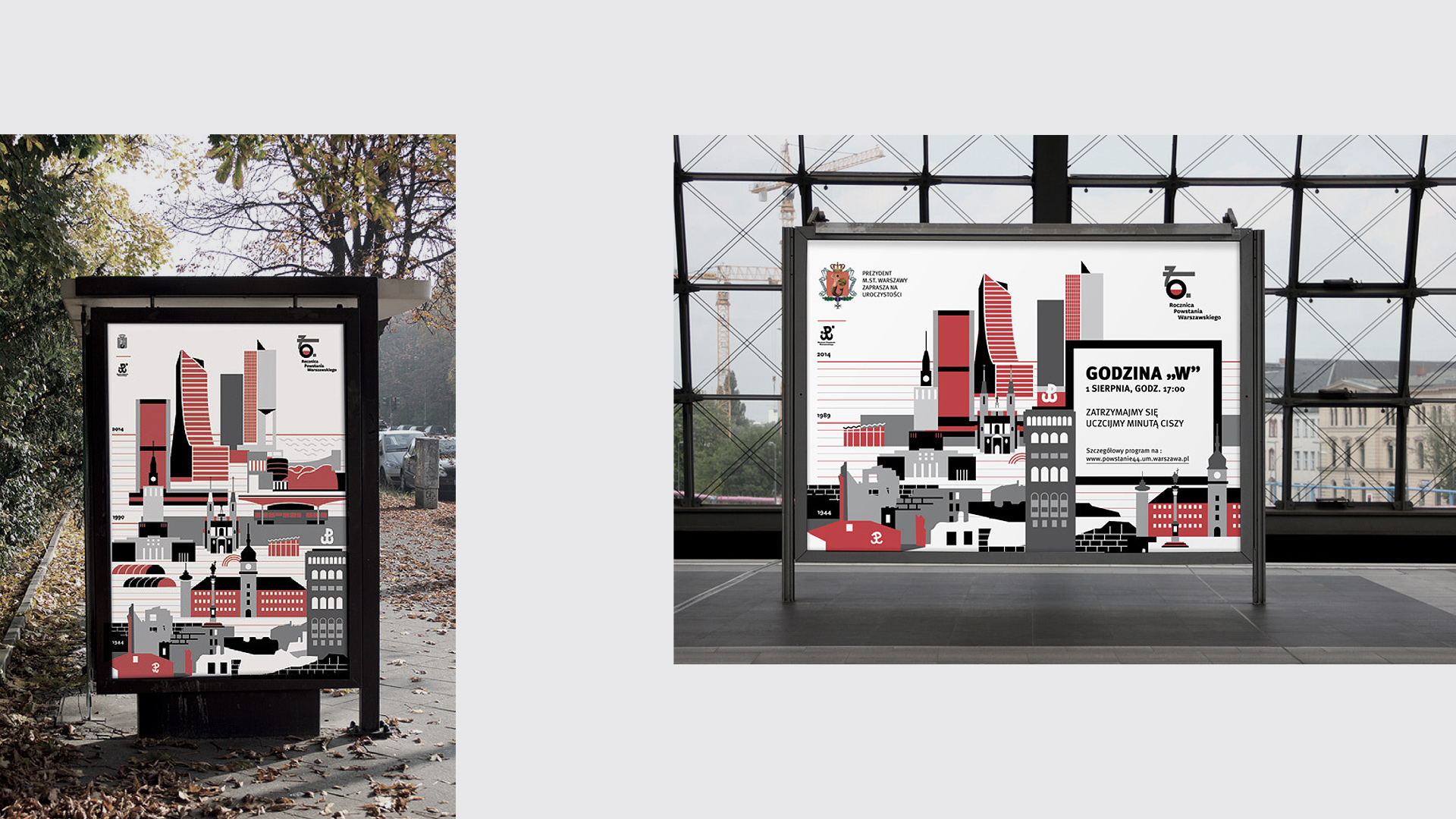 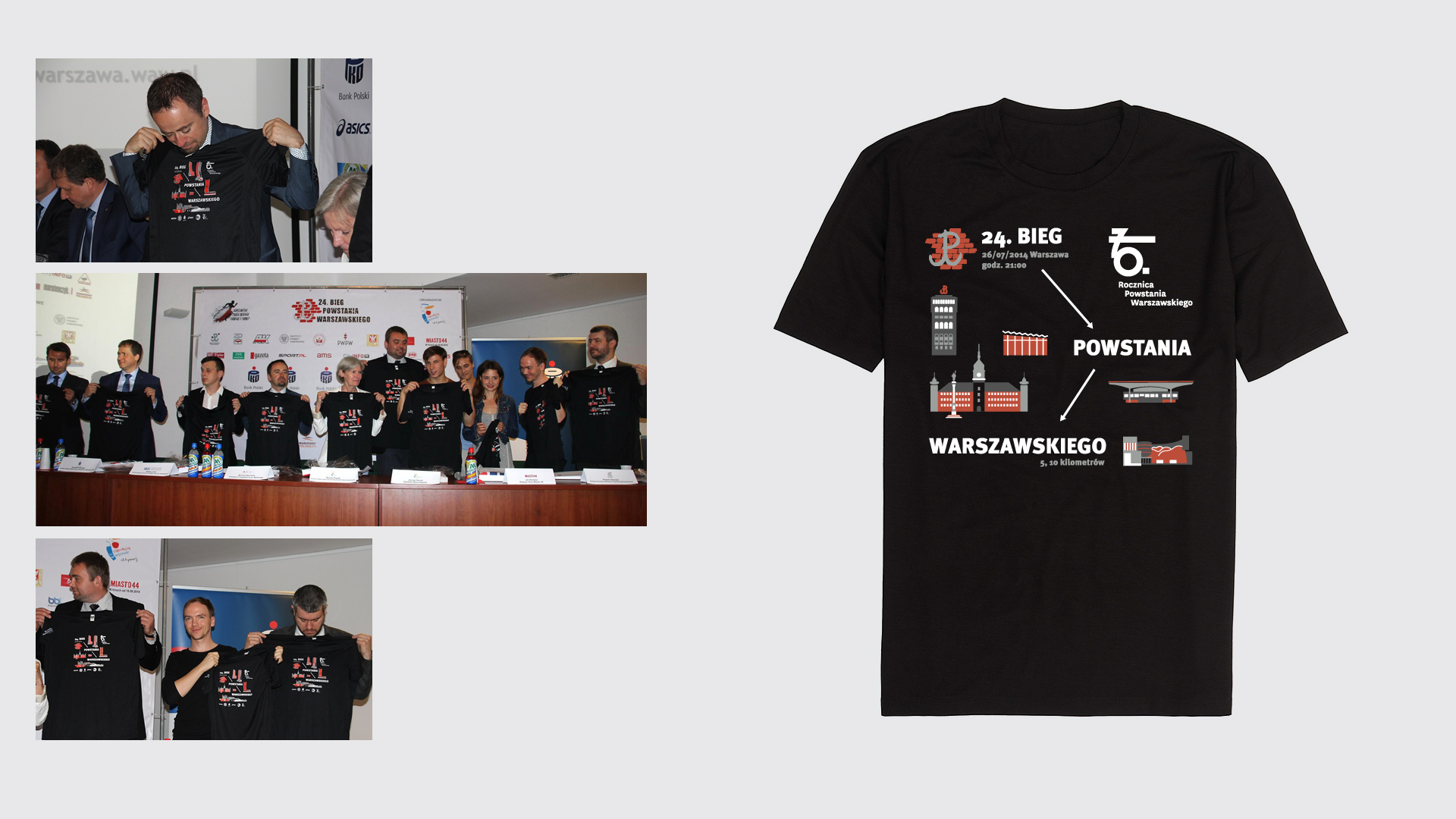 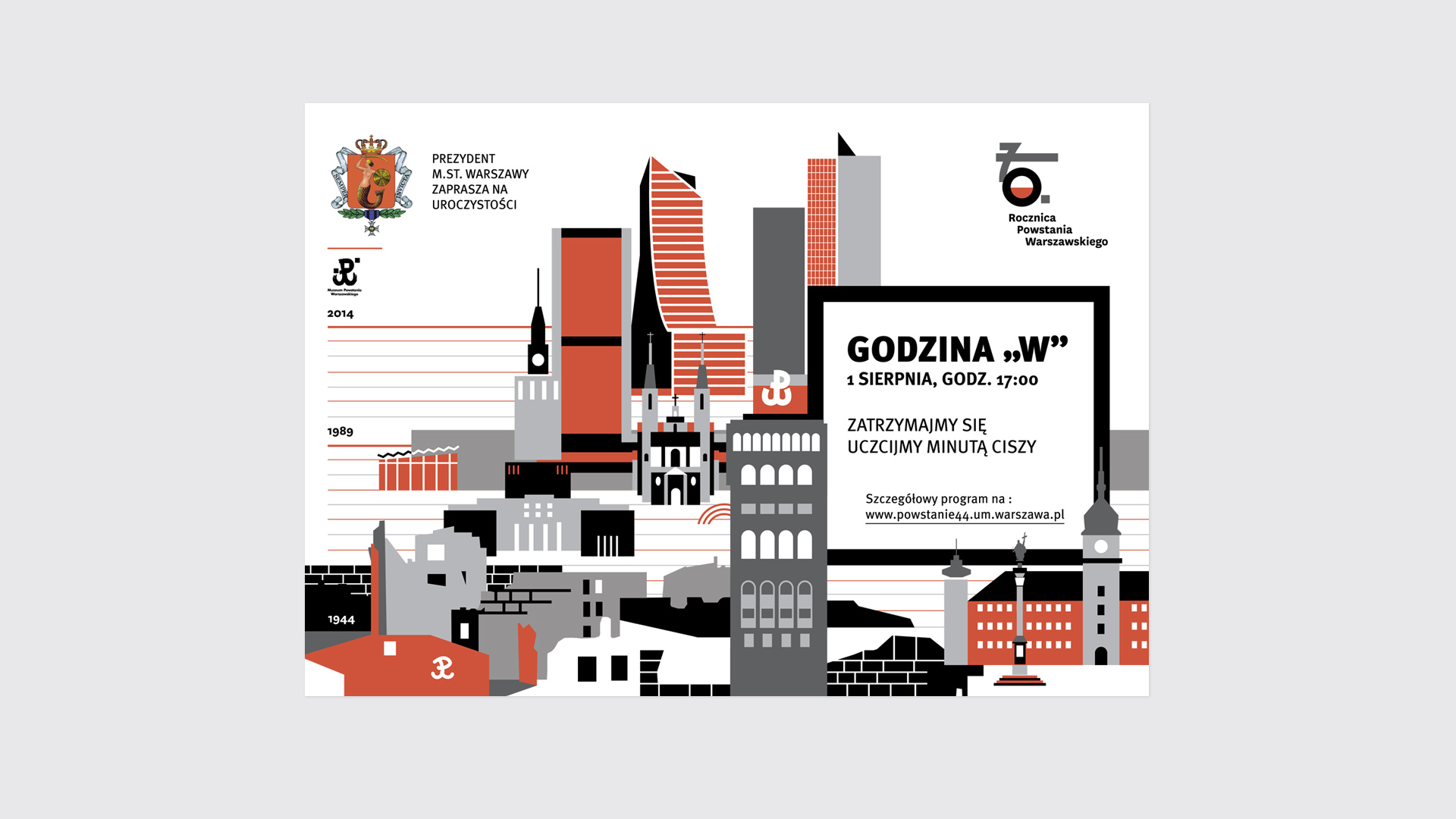 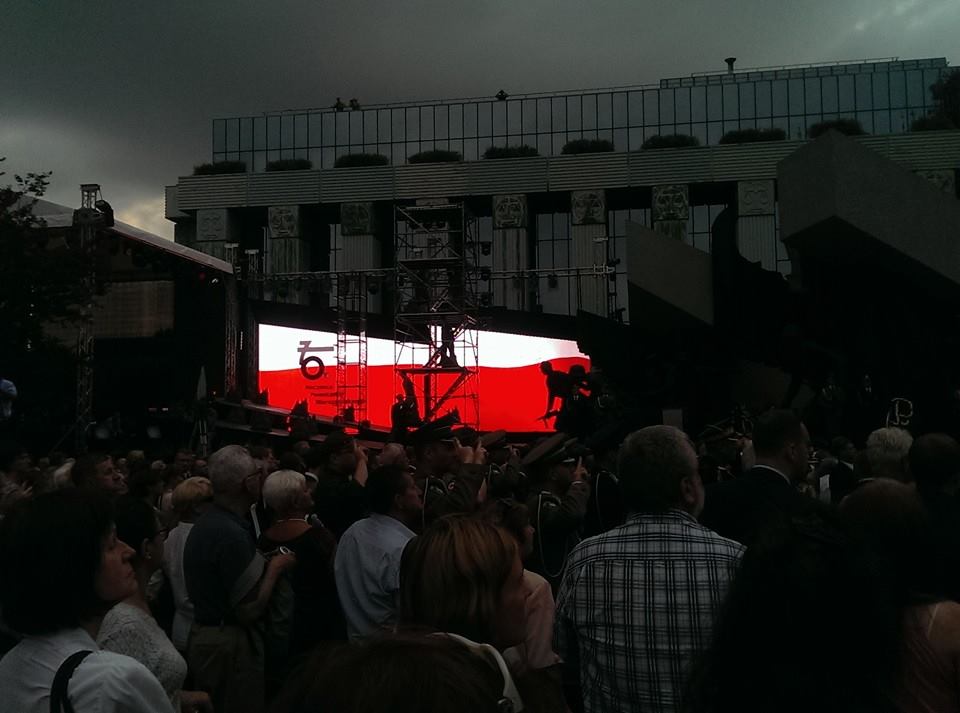 Description:
The logotype was inspired by the Monument to the Heroes of Warsaw (Warsaw Nike). It was composed of geometrical shapes that formed number 70, with the text „Rocznica Powstania Warszawskiego” (Anniversary of the Warsaw Uprising) added to it. The key factor was to make the logotype easy to multiply and easy to produce using various printing or embossing techniques. The graphic materials were supposed to be appealing to young Polish citizens. We also proposed a new formula, a vector illustration with the most characteristic buildings in Warsaw. All the materials presented a timeline with all the changes that Warsaw went through during these 70 years – from ruins to a modern metropolis. We designed posters that were displayed in various means of public transport, as well as other promotional materials, including t-shirts, bags, umbrellas, stamps, ID cards, invitations, and web banners. Our works covered two commemoration events: the event organized by the Capital City of Warsaw, and the Warsaw Uprising Run, organized by WOSiR.